A video of me playing to like level 26 can be found at:
http://youtu.be/5ydDX8nkyms
Obviously I hope you don't just watch the whole thing, you can skip around or whatever. And note: Wasn't played in a browser, and must of been under settings of an existing name I previously tested with, so only a couple of achievements unlock during video.

* Parachuting:
Left and Right arrow keys to glide parachute left and right.
Down arrow key to increase descent for parachute.
(You can swim. Get back to the Aircraft Carrier for a new plane).

I originally programmed this in GameMaker.
I also made a version later using AppInventor.

The sequel to this game can be found here:
http://www.greenfoot.org/scenarios/8254

This scenario is a member of: High Scores, UserInfo Shares

Here is the video of me playing to like level 26. Obviously I hope you don't just watch the whole thing, you can skip around or whatever. http://youtu.be/5ydDX8nkyms And note: Wasn't played in a browser, and must of been under settings of an existing name I previously tested with, so only a couple of achievements unlock during video.

@Super_Hippo, Nice job! @inigmo-drago-10, Something like use all 3 parachutes in one level and still complete it. And achievements are to be done in one game. 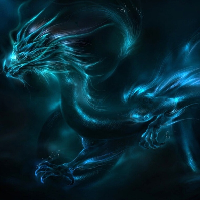 hey bourne, what you recomend trying to get for me if i already have perfect in air, perfect in sky, stay smoking for 15 seconds and paint your plane?

If you are getting perfects or near perfects the first 5 levels, that might be something you should strive for. The others require longer play (like mine field or deep submarines), or require further upgrades. RUMMAKER managed to get the deep submarines it seems in the first 7 levels. I think in the video I got the mine field one on level 12 but I didn't put all my efforts into getting more mines.

Obviously making sure all your mines are used up before progressing would help out for that one.

Finally I died. Actually I already wanted to die over 100 levels earlier, but they never managed to shoot me down. Good luck with beating that score. I started two days ago and now died with almost one million cash left.