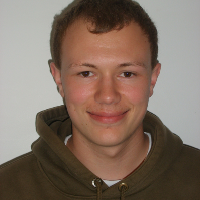 This game is pretty good. Seeing through the development stage, its good to see it uploaded to a website. Well done dude :-D