Use the 'Test/Build' switch to alternate between the two modes.

BUILD mode:
The center control is used to select the current image to work with. The first three, 'barrier', 'grass' and 'water', are cell backgrounds. The next three, 'jeroo', 'net' and 'flower', are actors within the world. The last two, 'control' and 'pauser', change the active state of the jeroo world.

The "escape" key has been implemented to toggle back and forth between build mode and an actual map running of a specific map so you can see how it would actually look like.

Clicking on cells and actors in the jeroo world while in BUILD mode will either change the cell background image or add, move, rotate and remove actors depending on the selected image.

TEST mode:
While in this mode, you can click on the 'control' actor to toggle the active state of the jeroo world.

Good luck and have fun.

@danpost, this is really interesting, I really like how you implemented the maps. I'm going to have to take a much closer look at the map class when I have time. Good work.

I need RNGesus for this!! 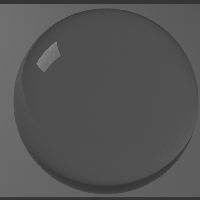 like ur way to safe the map. I've done sth about mapping as well, but I have a extra safefile for every level. Ur problem is, that u can't edit ur .java files anymore when you export it to a jar, isn't it? JD

That was a thing I've been thinking about, but when you upload it to this website for instance, it doesn't work out as well