This simlulation is designed to simulate whirlpools etc. but I discovered that it can also produce some awesome effects.

Particles will be spawned from the centre.

Use enter to toggle between vortex and random modes.

Up and down arrow keys change vortex speed.

Backspace removes spawner if you want to see the effect without particles being constantly added. Press it again to re-add it.

C removes all particles if it begins to lag.

The simulation can produce some great effects. Try having it at a relatively fast speed and setting back to a low one for a 3D-ish effect where particles form bands.

You may notice that the simulation can sometimes form very square formations, and at slowest speeds this is most noticeable. I did try to fix this, but it stopped the rest of the simulation from functioning correctly.

I have now fixed the freezing particles, made the controller invisible and gave it a white background.

Screen is now 2000*2000 so you can create larger vortexes.
As the screen is not square the particle spread is equal in height and width.
Now if you press backspace again the spawner will re-appear.

Fixed the problem of strangeness at very high speeds and put a limit on how slow it can go and how fast.

Pretty cool. Is there a particle grow limit because it looked as if it stopped after prob like 100-200. 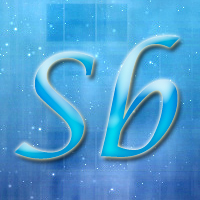