How to properly animate my character?

#
I am creating a game in which I want to have an animated character. I have all the animations in GIF format (walking left, walking right, idle, shooting with the slingshot, and transitions between walking and idle and vice versa) The first problem is that the GIF I use 1. half of the time "softlocks" the project for some reason (as soon as I try to load the level where my character is in it just freezes, when I hit reset it will just grey out and not do anything) 2. doesn't play the 1/1000 times it does actually load. I used the GifImage class that is featured within Greenfoot, and the method resume should (in theory) start the animation, right? So why does it not play? Here is my character class: And the second question, how to I implement the animations smart? I want to have smooth transitions, and with instantly switching the files as soon as another key is pressed it becomes chopped up. Should I make a timer that blocks all inputs until the animation is finished? Or is there a smarter way to do it? What do you think?

#
can I see the code of the mover class ?

#
Gbasire wrote...
can I see the code of the mover class ?

#
I never worked with GIFs but I think you need to call “setImage(gif.getCurrentImage());” from your act method and not only once when the object is created. 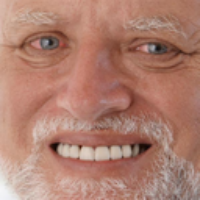 #
Yeah, that's exactly what Hippo says, you must do it in the act method, not in the constructor. By the way, GIFs don't work well on web, I would recommend using GreenfootImage arrays, if you're comfortable doing conversions and this type of stuff.

#
Could you elaborate on image arrays? Is it using the setImage method for every frame? Like manual animation?

#
You may want to check out my Animation support class (either for reference or for usage). You can find it here.
You need to login to post a reply.