A quarter long project for CPE 123 Section 17 Group 6.
Rise of Xlomar is a 2D shooter that takes place in the year 2552: one robot, known as the Metarchy, has reached consciousness and overthrown its human overseers. The Metarchy created a robot army that overthrew humanity, and those who survived were placed in captivity and left to scramble for food in the desolate rubbles of what were once great cities. However, some humans who have proved themselves in combat have been taken to The Arena, where they must fight for their lives against wave after wave of robots. The Arena is the Metarchy’s means of humiliating humanity, making their very lives a source of entertainment. But in the latest shipment of humans that will fight in The Arena, one man stands out: Xlomar. Xlomar has no recollection of his past before the Arena and must fight to retrace his life and discover who he really is.
In Rise of Xlomar, you controls the hero Xlomar as he fights his way through the Arena to find the truth about his past. Aided by the Resistance, a group of humans fighting against the robot hordes in secrecy, Xlomar gains crucial information on his purpose in a near-hopeless battle for survival. You must fight in the dangerous Arena and destroy the robotic hordes, equipped with your reliable pistol and a sword but there is hope. The resistance has been working hard and has recently succeeded by hacking into the Metarchy’s system and creating a store for any human forced to fight in The Arena. There are equip-able weapons available at the store that the resistance has put into place, but even the Resistance must be bribed with money. As you progress in The Arena, Xlomar learns more about himself and gains new abilities, but it’s up to you to upgrade Xlomar the way you wish. Your upgrades will give humanity a hope for redemption. However don’t take your abilities for granted! You are not invulnerable and any enemy can kill you, if your shields and health are depleted.
You must save humanity!

I like it. But I must say that it is rather difficult to see and dodge bullets, as they are tiny and red and don't seem to have enough contrast. And it's rather difficult. But I like it.
A new version of this scenario was uploaded on Fri Dec 21 00:41:31 UTC 2012 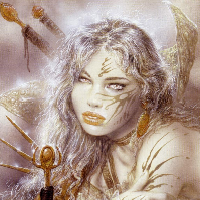 Intruiging game.........contains many good ideas but perhaps you can make the gun face whatever direction you face instead of it only ever facing backwards(the revervse direction of where your facing)? Otherwise congrats on a cool design:)