This game gives you the power of a god. Help humanity survive by keeping the population down with the use of explosives, riots and disease. The game ends if humanity dies out or becomes over populated. 1000 people is the max so try to keep below that. The goal of the game is to make it to the year 2008 without going extinct or becoming overpopulated.

There are 5 buttons at the top. The three on the right are used to keep the population down when it gets too large. The first one launches a missile which kills all people within the blast radius and costs $500. Left clicking drops bombs and right clicking cancels the missile. The second starts a riot and wipes out around half of the population and costs $1500. The third spreads a disease that gets passed from person to person causing them to turn black and become sterile. It also gives them 10 years to live at the cost of $100. Be careful though, because it costs $1000 to stop the spread of disease so this could potentially wipe out your entire population without health care.

The 2 buttons on the left are used to deal with natural disasters that threaten to wipe out humanity. The first will cure disease outbreaks by stopping the spread and allowing the already infected to die in peace. It costs $1000 to use the vaccine. Hint, try not to start a plague before you can afford the vaccine. The second button puts out one fire at the cost of $300.
Left clicking drops a bomb or water on fires when you have either of them selected, right clicking cancels the operation.

Taxation is very fair on this planet, as the citizens are only charged $1 each every 10 years. Watch your taxes grow every decade by the size of your population. Use this money to control your population size.

The 3 buttons at the bottom right allow you to set the speed of the game. I find it best to start at slow and increase the speed as your population gets bigger.

The game begins with 20 babies. When they turn 18, they will become adults and can get married. When an unmarried man and woman come into contact, they will get married. The female can have between 0 and 8 kids during her life time.
Don?t worry if you can?t remember all of this at once, it is very easy once you get started.

See how long you can help humanity survive. Watch for the surprise ending if you make it to the year 2008.

This scenario is a member of: Scenario showcase

This is extremely addicting!

I won! The earth's picture is shown!

This game is very very addicting, make a sequel.

I won it said the population is growing use condoms

I found a glitch: when you buy something, you keep on using it until you can't afford it. Nice game, though! I like the idea!

Its not a glitch You have to right click to deselect the thing you have bought.

I went to put out a fire, put it on fast accidentally, and overpopulated the world

fast is pretty mush useless, you will die within five seconds of using it

Fast is meant to be used only for a few seconds or so to give you a quick population boost. I forgot I made this game lol. 6 years flew past. 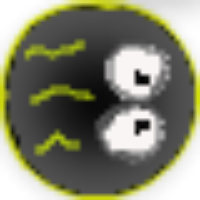 It would be nice if the price would continue to show while your mouse if on it. You must be using .mouseMoved(), this will only show the price if the mouse is moving and is touching the button, so right now the price disappears right away if you keep the mouse pointer motionless on top of a button.