Based on the boids scenario, but with some obstacles added. Makes it a bit more interesting to watch.

This scenario is a member of: Scenario showcase, Game AI

I really like this. I can also definitely see myself stealing the code to use in one of my own scenarios. 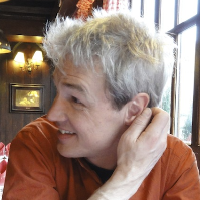 Cool. Really nice to play with this. I case people haven't noticed: when the scenario is paused, you can drag the trees around and make your own layout, to make it a little more difficult for the birds, or to chase them around a particular path... 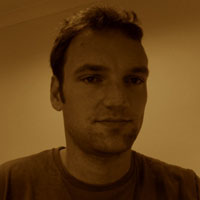 When we did the Greenfoot competition at JavaOne (last year?) someone actually created a nice game based on this. The goal of the game was to herd sheep into an enclosure by using the mouse to move a big red button that the sheep apparently didn't like. Unfortunately I think we might have lost that scenario because it was created with the very first version of Gallery (when it was still called MyGame)

Cool. I have made a race track and they are going around in circles :) Very nicely implemented. 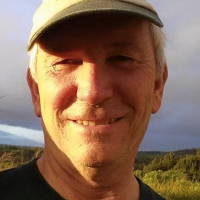 Is the original boids scenario still available somewhere? I used it long ago to make a bird hunter game, but can no longer find either. I am starting a pi robot club project that introduces swarm robotics into robotics, and want to both use the boids example scenario as a common classical algorithm, as well as a way to introduce Greenfoot as a good modeling tool. Are there other existing scenarios that I should also consider (the ant/pheromone scenario comes to mind, for instance)