Guys, is it normal, that with a random direction there are so many stars moveing in a 90° angle? watch it to see what i mean and tell me, whats the problem please...

Actually, there are two reason for so many along the cardinal directions. Take a look at my Radial Graphs scenario and check out what happens with different distances (speeds) using both 'move(int)' and 'setLocation(int, int)'. It is: http://www.greenfoot.org/scenarios/6928

I think your scenario is similar to settings of 'Radial', 'Up to', '3 pixels' as far as the lines of dots created.

Man got that one wrong also. Not 'Radial', but 'Angular'.

Couple things of note. The first one is that you are creating more and more stars without ever removing any from the world. You may notice that the speed of the scenario slows down the longer you run it. Eventually you will throw an exception if run long enough. The other thing is that if you watch the behavior, you will notice that the once along the 90 degrees lines are the slowest ones; the ones at 45 degrees are a bit faster; and the others are even faster. This coorelation is due to the speeds that they are going. Also, the slower ones will, by design, be closer to each other than the faster ones; so, the 'line' they form is more prominent for that reason also.

I created something similar using my QActor superclass for quality moving and rotating. It allows for fractional speeds and rotations. I also had the stars speed up as they moved away from the center, giving the viewer the illusion of moving forward through space. It would be a good demo for my QActor class. 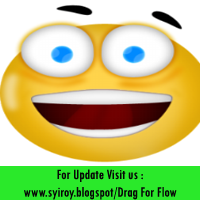 I am a beginner in the game programming in Greenfoot, and I expect criticism and constructive suggestions for the development of my project. thank you in advance. (^_^) http://www.greenfoot.org/scenarios/12898

if u look carefully there r lines forming in all directions