A remake of Metal Storm, one of my favorite games on the NES. Currently, only level one is implemented, but expect new levels and enemies to appear in the future. After you beat the boss, the game is over. I didn't put in a conclusion screen since I'm planning to put other levels afterward.
----------------
Controls

A - jump
S - shoot in one of four directions
Arrow keys - move
Enter/click - start game
Press up and jump to flip gravity (down and jump once already flipped). You have to touch ground again before flipping gravity.

Looking pretty awesome :D Would be nice if when you start at the beginning of the level the music starts again.

Does that happen for you when you die in a specific place? The music is supposed to restart, and it does for me, but it might be the format of the sound files that is causing the problem (maybe the bit rate?). I know that a similar thing happens on a friend of mine's computer, but I just attributed it to the fact that he was running linux.
A new version of this scenario was uploaded on Tue May 03 01:18:01 UTC 2011 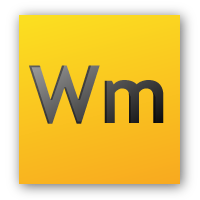 Ah. If I die before the point where the Shooters start the music doesn't restart. But after that checkpoint the music does restart upon death. The source code of this is immense! Very sophisticated indeed. I hope it doesn't take an extra 3000 lines of code to add more levels :P I never played the original game but it would be nice to have some sort of health system so that enemies aren't one hit death. Still amazing game. :)

Nah. I imagine it would probably take under 100 lines to add most of the other levels. Some of them have special behavior though, which would take some extra stuff to get working, but another level in the fashion of the first one would only take the amount of code needed to define the images and enemy locations. It's the enemies that require the most work, since just about every level introduces 1 or 2 new ones, not including the boss.
A new version of this scenario was uploaded on Mon May 09 01:19:54 UTC 2011 Added spinner enemy and generalized collisions for all objects. Change sound file format for compatiblity and size.

It looks great and plays exactly like the original, great job. I can't wait to see some new levels as well!