Arrow keys to move, spacebar to shoot, z to release a protonwave. SD is an enemy rocket. Be careful as when it dies, it releases a evil proton wave.

2 New ships have been added and a whole bunch of powerups.

Powerups:
QED Powerup:
A randomspawn that can clear an entire section of the screen

Space_Strike:
Summons A Vertical Line of Rockets to wipe the screen.

Ancient Tech:
This tech will allow you to upgrade your ship to its unlimited potential.

Ships:
Juggeranut: Tankier and shoots much more than the standard Rocket but does not have proton wave.
Ships Upgrade: Gains More Hitpoints

Broken_Rocket:
This Rocket can not shoot or send proton waves but it becomes the ultimate rocket. There is random protonwaves on the screen.

Ultimate Rocket:
Ships Upgrade: Summon 1 Juggernaut and 1 Rocket.
Getting a Second Ancient_Tech allows you to summon a drone to that is industrictble is followed by a trail of bullets.
Is a combination of Rocket and Juggernaut.

Controls:
Press
2: For Rocket
3: For Juggernaut
4: For Broken Rocket

Teleporters:
This is a one time power up and randomly spawns. You must have an upgraded rocket to collect this but it stays on the screen forever.
Press Q then w to spawn the teleporters at your desired location. Your rocket's location is where its going to be spawned at. Do not place near the boundaries

Bomb Powerup- After a short amount of time, the bomb will blow everying in its area. Powerup will disappear.

Proton Wall Powrup-
Summons a line of shields that spawn in the middle of the screen. Destroys all enemies and will even destroy asteriods without more spawning! Powerup stays on screen.

ShipUpgrade-
First Upgrade: Rocket gains ability to shoot 3 times.
The second time you collect it, you get a little friend who does not trigger the game over screen, 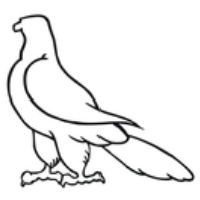 This will be my last greenfoot scenario for awhile now. Bye! As i always say, We are Number One. - Redfooter