#
yes, there is the chance that there will be multiple

#
Monk_08 wrote...
yes, there is the chance that there will be multiple
Then the counter needs to be in a static variable and the world needs to create the Counter object.

#
Monk_08 wrote...
I moved it outside the method and now the counter is not stacking but the value changes by 10 not 1 anymore
In Rocket class, remove lines 32 and 35 and change line 43 to 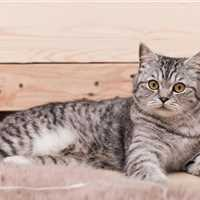 #
Omg thanks for the Help it works now :) but could you explain why that In Rocket class, remove lines 32 and 35 and change line 43 to fixed it

#
Monk_08 wrote...
Omg thanks for the Help it works now :) but could you explain why that ... fixed it
Each time, you were incrementing the money field and then adding its value to the counter. As such the counter values were 0, 1, 3, 6, 10 ... Also, you had the money field as a class field (static), so it does not start at zero for each rocket -- it retained its value. However, by directly incrementing the counter,the money field was not needed at all. It is always better, when possible, to do something directly, rather than using a variable to prepare to do it later.

#
I think I get it great help danpost thanks :)

#
I think you are now in the position for some refactoring. If I understand your scenario correctly, the robot is the "protagonist", the actor the player controls. So, it seems that the robot is the one that "owns" the money. 1. So naturally the moneyCounter should be moved to the Robot class. As you can see, the source code to manage the money counter already got simpler. But more importantly, it is now in its "natural" place. Who would you ask how much money is there? Most likely the one that owns the money. And now the source code reflects that since the robot is now the one that has the money reference. 2. Currently, if a rocket is hid by a bullet, the money counter gets increased. For that, the money counter has to be referenced at the position where the bullet-rocket-collision is checked. Since the robot starts the bullet and the bullet is the one killing the rocket, I suggest to - give the bullet the kill-action instead of the rocket - and have the bullet know the robot that launched it: As you can see, here a new method "killedRocket" of the robot is called. In this method, you can define whatever reward should be awarded to the robot, e.g. And in the place, where you create the bullet (first line of Robot.addBullet()), you have to give the robot as parameter: 3. Now, this source code is functionally the same as before, but now you have the money reference at the point where you want to have it: in the robot. And that means, that the upcoming changes are fairly easy: you just need a reference to the robot and then you can handle his money, i.e. in the shop method of the robot, you can directly change the money of the robot and also you could have the robot react to being killed by a rocket, e.g. For the shop, I suggest that you create a new class Shop and give it a reference to the robot similar as it is done with the bullet above. That way, the source code stays easier to understand with all the shop operations in the Shop class. 4. Also, the refactoring makes it possible to repair the problem with multiple rockets. The previous implementation only allowed one rocket at a time, because the ONE rocket was in charge of the money. Defining "Rocket r = new Rocket();" outside of "rocketSpawn" meant that there was always only one rocket - even if you run the loop 4 times, it will just reposition the same rocket four times - not creating four rockets. So, now, you can put "Rocket r = new Rocket();" back into the method "rocketSpawn" and it will actually create multiple rockets (if the loop runs multiple times) and it works for any number of rockets. Live long and prosper, Spock47
You need to login to post a reply.
1
2