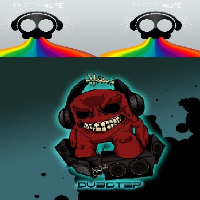 #
i am currently trying to make a game where when either the left or right arrow key is pressed, the image of the actor changes to make it appear to be walking. however, not only do the images not change but the actor is going the wrong way! Here's the code i've posted: any reasons why this isn't working?

#
i fixed most of this up by changing the world size but now the image only changes once, not continuosly, and it doesn't flip when i go right.

#
what should i define b as then before the "if" statements?

#
I have a feeling they are to control the images for walking, but neither is declared outside the method, and the names need to be something more appropriate for what they do. Try the following:

#
BTW, you may still have other problems, but the walking part should, using this, be fixed. You may want to change lines 17 & 18 and append to the constructor to fix the images. Replace lines 8 through 18 with the following: and remove lines 37 through 58.

#
i've changed the walk method and rearranged the images as you suggested and the images flip perfectly. however, as the left key is down (or the right key), i wish to have the images go back and forth between wl1 and wl2 (or wr1 and wr2) to make the object appear to be walking. this would involve changing a few things in the walkRight()/walkLeft() methods, correct?

#
i've fixed this issue as well. Thank you for all your help!

#
I have a slightly different issue but the same principle being applied. when the space bar is pressed, i want the actor to go through these series of images as you can see, however he does nothing as the space bar is pressed. i've rewritten this code multiple times and have had slightly different out comes, but none of them being successful. this is what i currently have now, which i am well aware is not going to work. any suggestions?

#
The problem with the shooting, is that all the images are exhausted in one act cycle (which means your image does not appear to change, and the rest of the scenario freezes, until the 'space' is released). What you need is to do, is to spread the action out amongst several act cycles, by doing this: First, add a boolean instance variable to the actor class called 'shooting' and initialize it to 'false'; and add an int instance variable to the actor class called 'shootingFrame' and initialize it to '-1'. Then, encapsulate your 'if's for the keystrokes in an 'if (!shooting)' block. Next, change the 'while' for the 'space' key to an 'if' (inside the same block); but only have it set 'shooting' to 'true'. Finally, after the main 'if (!shooting)' block, add the following block:

#
this is perfect! thanks
You need to login to post a reply.