the ultimate battle between the nazis and US marines who will win in this sim? i don't know only you will know if you watch. the ai of the men is programmed to first look for cover and if they can't find cover they will go to a cover a rpg guy but if all the rpg guys already have a squad then they will move forward and try to break the other side. the rpg guys will spawn with a squad of 3 and will go directly after cover to destory them. men under cover have extra health otherwise.
Song is : Destati - Drammatica by Yoko Shimomura (From Kingdom Hearts XD) 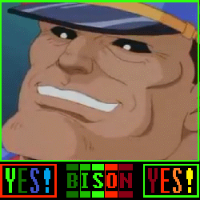