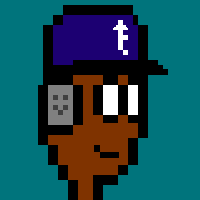 This game has really cool graphics and animations, but I'm not sure what command are you using, maybe GreenfootDelay(), it stops all the commands to make the animation, that can't happen (unless you're trying to make a megaman effect), use counters instead. The game is a bit slow, i think you should use the medium speed (default), or something a little bit before it. Just speed it up a bit. Make a better ground detection, I advise you to use setLocation(getX(), y) if he is onGround()-> y = coordinate where the ground is. And also use an animation method that changes the image of the character automatically, use some global variables as counters. This will prevent him from being with a walking pose while he is not moving. I see he has 3 movements for walking, so put 4 images into the folder and make them loop with some delay (not greenfootDelay(), but using counters). This game has really nice graphics and animations as I wrote, as a first project is really good. Try a bit harder to make it a side scrolling and it will be awesome. --- giordanno92 - My first game --> November 23th
A new version of this scenario was uploaded on Thu Nov 10 05:49:26 UTC 2011