Overview
The brain is an amazing three-pound organ that controls all functions of the body, interprets information from the outside world, and embodies the essence of the mind and soul. Intelligence, creativity, emotion, and memory are a few of the many things governed by the brain. Protected within the skull, the brain is composed of the cerebrum, cerebellum, and brainstem.

The brain receives information through our five senses: sight, smell, touch, taste, and hearing - often many at one time. It assembles the messages in a way that has meaning for us, and can store that information in our memory. The brain controls our thoughts, memory and speech, movement of the arms and legs, and the function of many organs within our body.

Brain
The brain is composed of the cerebrum, cerebellum, and brainstemCerebrum: is the largest part of the brain and is composed of right and left hemispheres. It performs higher functions like interpreting touch, vision and hearing, as well as speech, reasoning, emotions, learning, and fine control of movement.

Cerebellum: is located under the cerebrum. Its function is to coordinate muscle movements, maintain posture, and balance.

Brainstem: acts as a relay center connecting the cerebrum and cerebellum to the spinal cord. It performs many automatic functions such as breathing, heart rate, body temperature, wake and sleep cycles, digestion, sneezing, coughing, vomiting, and swallowing.

The cerebrum is divided into two halves: the right and left hemispheres (Fig. 2) They are joined by a bundle of fibers called the corpus callosum that transmits messages from one side to the other. Each hemisphere controls the opposite side of the body. If a stroke occurs on the right side of the brain, your left arm or leg may be weak or paralyzed. 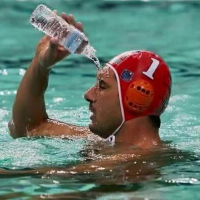 This is a very good example of a dehydrated brain. Very unorganized, confuzed, and EVIL. Keep up the good stuff and donnnn't forget to d r i n k w a t e r.